This year’s theme focused on digital transformation, a term now regularly cited in the IT press, but how much is the term just new words for the general progress IT is making?

A number of times speakers touched on the world moving into The Fourth Industrial Revolution, including Cindy Rose, the new CEO of Microsoft UK. She spoke of how Microsoft is not immune from the waves of disruption and “seeks to not only embrace but lead those waves of change.”

Chris Bishop, head of Microsoft’s artificial intelligence and machine learning research in Cambridge reminded the audience of Microsoft’s new vision of “empowering every person and organisation on the planet to achieve more.” Artificial intelligence probably stole the show this year, with Bishop citing several working examples, including Microsoft’s new chatbot that not only can assist users with IT problems, but continues to learn from human users’ answers using a technology called ‘deep learning’. This breakthrough approach to machine learning has helped advance voice recognition, such as Cortana, Microsoft’s digital assistant.

Microsoft’s translation technology was also demonstrated, using a mobile app due for release later this year that allows a user to talk into their phone, have their words transcribed and then translated into another language. At one point four people were on stage each speaking in a different language.

After the morning keynotes, the audience had the opportunity to explore the exhibition hall and smaller break-out sessions. Yesterday was the launch of Microsoft Dynamics 365, the new business solution brand that brings together cloud versions of Microsoft’s previously separate ERP and CRM products under one umbrella. It’s more than just window dressing, though, as all systems now work on a single code and database, simplifying connections between back and front office functions. Microsoft Dynamics 365 is now broken up into a number of apps, including financials, customer service, sales and field service. And with the introduction of Flow, Microsoft’s new workflow engine a little similar to IFTTT, a whole new wave of productivity becomes available across a business.

Many visitors had the chance to try HoloLens, Microsoft’s augmented reality glasses. While HoloLens remains nascent technology, I’m hearing that there is already an automotive company that is working on some amazing ways to use this product.

I don’t recall a more exciting time to witness the change happening in technology and, especially, Microsoft who, by any yardstick, are delivering some remarkable products under Satya Nadella’s reign. Yet with Microsoft’s machine learning team now able to translate the whole of the English version of Wikipedia into Russian within one-tenth of a second, I sensed a mix of awe and trepidation from some of the audience.

There is certainly a growing sense of unease from parts of society about the impact this technology will have on the world, especially given research suggesting the loss of 5 million jobs globally by 2020 due to digitisation. And while one speaker cited times in history where society has resisted advances in technology, somehow the extent of the change upon all of us is on a very different scale.

Microsoft mentioned several times about trust and transparency and have now published a paper on digital disruption, as well as a book on the future of the Cloud. While Bishop said complete autonomy is a long way off, many of us will start to work and live more closely with our digital assistants. But, as these bots begin to learn to undertake the tedious tasks we do – and figure out better ways of doing them  – I suspect Microsoft and others will need to hit the trust and transparency drum a lot harder.

If your business is exploring what digital disruption can mean, Crimson runs a number of consultancy workshops that can translate your vision using Microsoft technology. 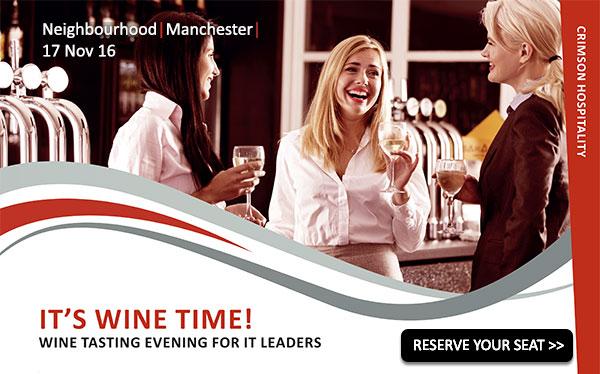