Over recent months, Crimson’s IT recruitment agency has been collaborating with several exciting organisations from the FinTech community.

In April, representatives from FinTech regulator Open Banking Limited and financial data API creator OpenWrks spoke at Crimson’s recent GinTech IT networking event. Now Gary Wills, Crimson’s Client Development Manager for the FinTech and Banking industries, has interviewed the founders of personal finance management tool ApTap to find out what it’s really like setting-up and launching an innovative FinTech application for three guys in their early twenties that met on the football field.

ApTap auto-syncs securely with users’ bank and email accounts and enables them to visualize, signup to, cancel, and share any service or subscription, with just a tap.

The co-founders of ApTap are:

Here’s what was discussed when Gary met the ApTap founders.

Gary’s question: “How did you come up with the idea for ApTap?”

Nadal said: “ApTap started life as a carbon footprint calculator. It was designed to help consumers understand their carbon footprint score, by using their financial information to make them aware of the brands and activities they spend their money on. Then we expanded the financial element of the idea after I saw some talks at a Santander conference.”

Will explained: “Nadal came back from the event and we knew he’d had a great idea. I think we spent the next 16 hours straight writing a business plan and formalising the idea, then we pitched it just a couple of weeks later.

“Then we really homed-in on the pain points. Personally, I'd had flat mates who were difficult to work with in terms of chasing and tracking bill payments. So, we spent the next couple of months considering how to manage subscriptions and bills in general, and then began addressing the issues around them. People then began to show a lot of interest in the subscriptions feature, so we decided to make that the core of the whole idea.”

Gary’s question: “What is the vision for ApTap?”

Nadal said: “The focus of the mission that we’re trying to accomplish is to simplify people's lives by making them more aware of their financial situations. So, they know if they’re paying on time, if they’re overpaying, and if they’re forgetting their ‘free trial’ subscriptions. Our vision is about getting control back for people, levelling the playing field between customers and industry giants.

“We want to change the whole ecosystem of subscriptions. We want customers to be able to test a subscription, share the ones they like, easily cancel those they don’t. We think subscriptions should be personalised, easy to compare, and simple to switch between.”

Gary’s question: “How have major organisations reacted to your idea and vision? Do you have to get buy-in from them or is it enough to be FCA approved? Ultimately, do you have control?”

Isa responded: “There are two sides to it. Obviously, we want focus on what the customer needs and empower them to optimise and control their subscriptions and bills. And, of course there must be discourse with big companies to get this right. But on the flipside, we're giving companies the opportunity to get in front of consumers and to really add value.

“We actually know exactly what's going on in a person’s life by breaking down their finances by brand, so we can offer companies an in-depth understanding of their customers which will be great for producing targeted advertising.”

Will added: “I think it will be quite ‘cheeky’ to start with, in terms of our interactions with service providers. We want to stay under the radar for the time being and there is a lot we can do without their consent.”

Gary’s question: “How close are you to gaining FCA approval and to launching the application?”

Nadal said: “We’re going through the application process at the moment. We’ve taken some advice off some experienced organisations in the sector, but the process can take quite a long time. We will hopefully have our FCA license by the end of the year.

Will added: “In the meantime, we’re working with some third -parties like OpenWrks and TrueLayer that already have licenses to get the product out there by the end of June 2018.”

Gary’s question: “How are you going to promote the product once its launched?”

Isa said: “There are a large variety of demographics that the product will work for, so we’re planning to take part in a variety of events, work with a video team, and use the usual social platforms. So far, we’ve started very organically. We’ve just been putting some posters up and we’ve going around talking to people. We believe the best way to promote is through word-of-mouth.”

Gary’s question: “With the product not being launched yet, how are you surviving without salaries and living in London?”

Will replied: “After graduating, I went back to the states where my family live and worked to save some money. Now I’m sofa surfing and living out of a suitcase.

Nadal said: “We’re young, the company is very small, but this is a great opportunity and it is the right time to take risks. We have convinced each other that this is the way it may have to be for the next couple of years.”

Gary’s question: “What type of funding are you looking for to take you to the next level?”

Will said: “We’re a little bit reluctant to crowd fund because at this stage its hard to protect our intellectual property and code. So far, we have self-funded and been funded by friends and family. We are now in conversations with a decent number of venture capitalists and accelerator programmes in London. We've begun the relationships, but we don't want to sell too early. Especially, as the product isn’t complete yet.”

Nadal added: “We’re just beginning to understand funders’ requirements. They still need some more numbers from us before investing. So, we’re preparing to show them the work we’ve done over recent months.”

Gary’s question: “How will GDPR affect your product?”

Isa said: “We believe the new regulations will help us because people will understand what ‘opt-in’ really means. All the news about Facebook recently has made people more aware of their data and the power of companies. We think GDPR will make people feel more protected, which is our brand promise.

Nadal explained: “In two or three years’ time, we believe open banking will be a really big opportunity and we want to be ready for that. We want to have a good understanding of customer pains and to have a big userbase by that point, so when people are ready to take control of their subscriptions we can help them.

“We don't want people to have the hassle of cancelling, spending hours on the phone, and then having to call again to make sure it's done. We don’t want people to discover, too late, that their data has been sold-off to other third parties.”

Will said: “What we have is a centralized platform that really allows you to gauge your subscriptions. We don’t display arbitrary numbers, they're from the source and our service only takes 20 mins to set-up. You can then quickly manage all your services and subscriptions within the application, as opposed to 45-minute calls per conversation for every service you’re subscribed to.”

Gary concluded: “I believe the idea they have will get the buy-in from users and, after meeting them and seeing their passion, belief, and drive in the app, that they have every chance of succeeding in the newly-formed open banking world.”

Click here to view the latest IT jobs that Crimson is recruiting for the in the FinTech and financial services sectors. 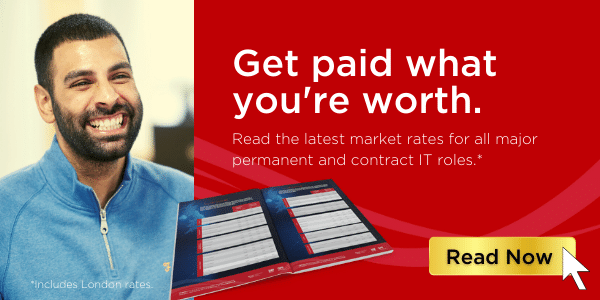