Low-code platforms are bringing a shift in how organisations develop and use technology – and it’s the job of the CIO to let it happen in a controlled, secure and connected fashion

In recent years, the rise of low-code and no-code platforms in the cloud has changed the game. Platforms such as Microsoft Dynamics 365 or Power BI put power at the fingertips of organisations to develop business solutions. They give organisations a fast start and put them in control of their own destiny.

Low-code brings a shift in how technology is delivered to the business – and that means there are a number of implications to manage. The CIO’s role changes, with governance and security the primary areas of focus. This is key to preventing a “wild west” scenario where IT activity becomes ad hoc and uncontrolled.

It’s a far cry from the days when almost any IT project required coding from scratch, slow and difficult builds, and painstaking testing and iteration.

Now, it’s possible to create a single platform with multiple functions and functionalities, building in industry accelerators and third-party components, which a business can add their own nuances to and create bespoke solutions from.

These platforms also become the “centre of the universe” in terms of capturing data, which can then be analysed and insights drawn from to drive further business improvements.

In short, through low-code, technology has become simple – it’s about how you apply it and what business logic you build in to bring it to life.

While it solves many problems, low-code does raise other challenges – like how you fit it all together. A big part of the task is how you integrate these platforms with your existing legacy systems. You need to ringfence legacy so that you don’t break it. It’s rather like improving and extending a building – you have to make sure the new plumbing and wiring don’t conflict with the old.

What all of this means is that the skills needed have changed. It used to be about having lots of coders and developers. Now, it’s about how you fit everything together – so there’s a much higher need for enterprise and business solutions architects. It’s given rise to a new term as well – citizen developers.

Members of the business, with the appropriate governance and quality control, can play a role within the extended IT enterprise.

It also opens a new doorway into technology careers for people who may have been put off by the highly technical nature of many roles in tech. Apprenticeships and bootcamp-style skills programmes can equip talented individuals with the tools they need – low-code has become an enabler of greater diversity in the profession.

Changing nature of the CIO role

In parallel with this, the role of IT leadership has changed too. In the past, the CIO or IT director would have been focusing on overseeing complex multi-year projects. Now, the role is primarily about governance – ensuring there is a clear framework for activity, that everything is coordinated, and that there is connectivity between IT applications.

A key element of the role is ensuring they have sight of what business teams are proposing to buy or implement. This governance is essential to prevent the wild west scenario. Certainly, if uncontrolled activity begins to spring up, the business will soon feel the effects in terms of disconnects and an uneven user experience.

A lack of control also introduces security risks. That remains another absolutely key area for the CIO (in conjunction with the CISO if there is one).

Given today’s alarmingly prevalent cyber threats, it has become simply imperative that strong and consistent security protocols, resilient infrastructure, and robust data protection and privacy processes are in place.

Meanwhile, it is business solutions technologists who are driving the business forward in terms of new capabilities, functionality and solutions.

Some organisations build a team outside of IT specifically to manage low-code. Others migrate that responsibility into IT. Whatever route is taken, there’s a learning curve to go through as teams deal with updates and oversee the platform’s ongoing evolution.

The future of low-code

For all the giant leaps forward of recent years, technology has only reached the “adolescent” stage. We’ve come through a lot of growing pains, a lot of learning and development, and now, as an industry, we’re at the point where we can experiment, innovate and become fully mature.

In the meantime, low-code has made it possible for leading businesses to harness technology for greater productivity, efficiency and insights. It’s the job of the CIO to let it happen in a controlled, secure and connected fashion.

Why a 'Personal' Customer Experience Is Critical to Your Business' Success

This article highlights a few key reasons why businesses should embrace personalization as a... 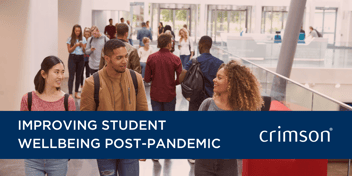 Coronavirus restrictions now seem like a thing of the past, leaving the UK and the rest of the...

Why are CIOs paid more than CTOs?

The consultants within Crimson's IT recruitment agency are often asked why CTOs aren't paid the...