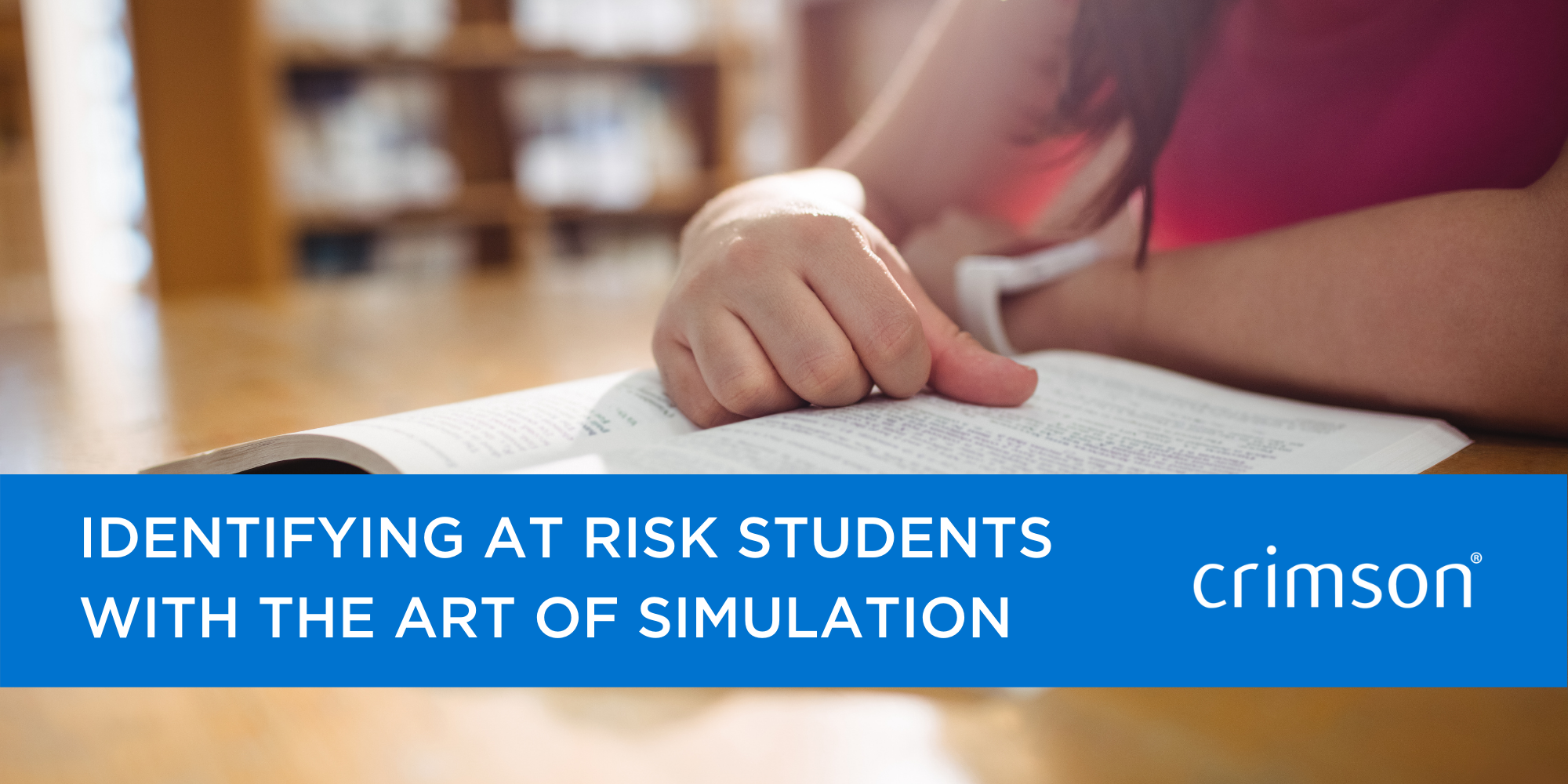 Student attrition negatively effects both students and universities, as well as wider society. Universities lose money, while students can feel socially stigmatised, insufficient, and lost. It is of everyone’s best interest to improve attrition rates, but how can universities predict which students are at risk so they can intervene?

Data simulators mimic a set of students so universities can build, measure, and test hypotheses within a simulated environment. This allows universities to ask, ‘what if?’, and then view a simulated outcome.

There are ethical issues associated with using real data for testing, which are eradicated with the use of simulated data. Real situations are emulated ethically in controlled environments, whilst also cutting through human bias. The digital twin can then predict the outcomes of students by using data from extracurricular behaviour, library engagement, academic results and more. This flexible framework to model student behaviour can predict whether the student will still be at the university in three years, plus highlighting how universities can intervene to reduce attrition rates.

A German study produced by the University of Wuppertal emphasises the importance of reducing student attrition rates through diagnosis and intervention. The study notes that forecasting student dropouts is most effective with a variety of data. While demographic data is a good start, the effectiveness of the prediction is highest when the data includes a mix of both demographic and academic performance data. The study goes on to explain that the data analysis can not only prevent student drop-outs, but also test the effectiveness of student support services. A separate study by Coventry University goes on to say that attrition can be predicted based on entry grades, and mature students have a much higher attrition rate due to financial or family commitments, further highlighting how a mix of data sources can often lead to the most effective predictions. In short, the richer the data, the more accurate the prediction.

A simulator is a must-have for any university aiming to improve their attrition rates with a comprehensive data strategy. Data can be incredibly costly, in terms of finances, time, and effort, so a testing environment can avoid any major mistakes. The first step is to use a data simulator to make attrition predictions and then universities can make some changes, with the aim to combat the prediction before a student wants to drop out. Attrition needs to be addressed continuously, not just in a student’s first year at university. Situations can change rapidly, and a student’s behaviour often reflects their feelings and intentions. Continuous monitoring and analysis is the key to taking action to prevent drop-outs.

Sometimes there are unintended consequences of solving problems with data, and it can often be described as a game of chess. Actions need to be thought out several ‘moves’ in advance, and one wrong decision can ricochet and result in some unwanted aftereffects. Data projects can turn into expensive rabbit holes, so a testing culture cultivated through a simulator is the key to cutting through work-based politics and gaining an indicative answer of the outcome you’re trying to measure.